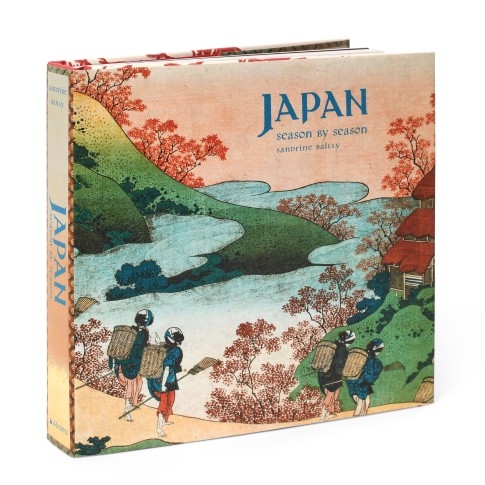 Vincent van Gogh collected hundreds of Japanese prints. He found inspiration in the power and intense colours of Japanese art.
In this book, illustrations and photographs, each paired with an eloquent quotation, take the reader on a tour of the Land of the Rising Sun in Japan. The images include some of the earliest photographs taken in Japan, in addition to the work of contemporary photographers, plus traditional and modern prints and designs. The accompanying texts are taken from classic works like The Tale of Genji, as well as more modern literature, each one revealing a piece of wisdom from the East for each season of the year.

Japan has held a certain fascination for many Westerners since its reopening by Commodore Matthew Perry in 1854. Thanks to two centuries of isolation, its classical traditions and customs survived industralization and globalization, resulting in a unique blending of old and new. This book brings together the historical and the current in a broad portrait of Japanese heritage through the centuries.